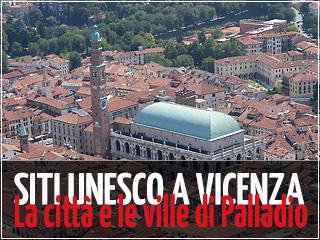 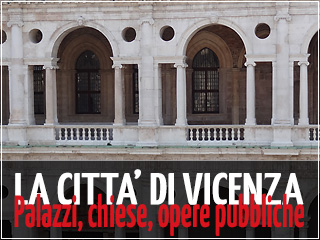 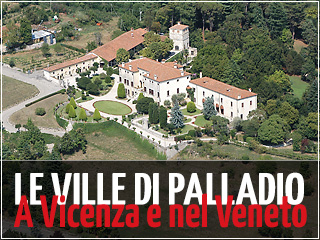 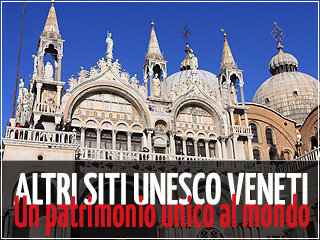 VICENZA, Italy — Perhaps the most bizarre bit of business in the multimedia exhibition “Jefferson and Palladio: Constructing a New World” is a video of an imaginary confrontation between Thomas Jefferson and Andrea Palladio, depicted as silhouettes.

At one point, Palladio, the Italian architect, who died in 1580, chides Jefferson, the American architect and statesman, who died in 1826, for never traveling to the Veneto region of Italy during his European migrations to see firsthand the villas that so influenced his designs and, consequently, American public architecture.

For Jefferson, who professed that Palladio’s magna opera, “The Four Books on Architecture,” was his “bible” (he owned five editions of the architectural treatise), the snub of Palladio’s home turf could appear perplexing. Jefferson did visit nearby Lombardy, where he was struck by the quality of the rice, as well as Piedmont, where, according to his travel notes, he appreciated the local wines.

But for Guido Beltramini, director of the Palladio Museum in Vicenza and a curator of the exhibition, which runs through the end of March, Palladio was solely the conduit for Jefferson’s vision of a new world built on the twin pillars of reason and beauty.

“For Jefferson, Palladio took the great tradition of ancient Roman architecture and translated it for the purposes of the modern world, so that it could be accessible,” Mr. Beltramini said by telephone.

Jefferson “was interested in the Palladian language, in the mathematics,” he said. But above all, Jefferson was both a visionary and a pragmatist: Once he had understood that language, once he had the syntax encoded in an architectural treatise, “he had no need to see the originals,” Mr. Beltramini said. “What counted was the idea.”

Through Jefferson, that idea was to have a profound influence on American public architecture. So many buildings in the United States, including iconic constructions like the White House and the Capitol Building, reflect the influence of Palladio (and the later 18th-century Anglo-Palladian movement) that in 2010 the United States Congress passed a concurrent resolution honoring the 500th anniversary of Palladio’s birth, recognizing “his tremendous influence” on American architecture and cultural heritage.

The extent of that influence need not be sought any further than an American’s pocket or change purse: One side of the nickel depicts Monticello, Jefferson’s plantation outside of Charlottesville, Va., which was inspired by Palladio’s Villa La Rotonda, just outside of Vicenza. It is likely that Jefferson named his plantation Monticello, which means “small hill” in Italian, because Palladio wrote in his treatise that Villa La Rotonda rose on a small “monticello.”

Villa La Rotonda continues to be an influential model. In 1998, the Palestinian businessman Munib Rashid al-Masri built a Palladio-inspired home — Beit Falasteen, or Home of Palestine — in the West Bank city Nablus.

Somewhat surprisingly, the Vicenza exhibition is the first show dedicated to the influence that Palladio had on Jefferson, a subject that has long been the topic of scholarly research. “Though many exhibits have been done on Jefferson, this is the first time that the theme of affinity and parallelism with Palladio has been addressed,” Mr. Beltramini said.

There’s no better city to immerse oneself in Palladian architecture than Vicenza, now recognized as a Unesco World Heritage Site. And there is no better place than the Palladio Museum, housed in Palazzo Barbarano, which was designed by Palladio and built from 1570 to 1575, to compare the architectural output of the Veneto architect and the American statesman.

In the show, miniature models and drawings of Jefferson’s Palladio-inspired buildings are accompanied by the statesman’s meticulously scrawled notes and letters. Modern photos of the buildings, photographed in the spring of 2014 by Filippo Romano, provide a contemporary vision of the works.

One section is dedicated to the national survey grid, a geometrical grid based on meridians and parallels that Jefferson devised to divide up territory. Another section deals with what are described as Jefferson’s contradictions: how the Monticello estate, his main residence, was both the mirror of a learned man and the symbol of an injustice: the man who helped to draft the Declaration of Independence was the owner of 100 slaves, the exhibition points out.

Jefferson’s designs for the 1792 competition of the President’s House, which Jefferson entered anonymously, are also on display. Had he won, the White House would have looked like a bigger, modified version of Villa La Rotonda. The architect James Hoban won the competition, but when Jefferson became president in 1801 he commissioned the architect Benjamin Latrobe to add the East Wing and the West Wing, and they also added the two columned porticos on the north and south sides.

Also exhibited are Jefferson’s Palladio-inspired designs for the state capitol of Virginia at Richmond — described in an app that accompanies the show as “the prototype for buildings of American civil power, an ancient temple as the home for the new democracy” — and for the University of Virginia at Charlottesville, a “prototype campus” replicated in countless other North American cities.

The exhibition also includes three gesso models for a statue of George Washington that Antonio Canova, the great Italian neoclassical sculptor, designed for the North Carolina Statehouse in Raleigh. Canova had been chosen for the commission on the advice of Jefferson, who had opined, when asked, that “no artist in Europe would place himself in a line with him.”

The statue was unveiled in 1821 but was destroyed in a fire 10 years later. The three models have never been exhibited in the United States, Mr. Beltramini said.

“I think it was important that the exhibit doesn’t focus on Jefferson the architect, but on Jefferson the visionary, a man who wanted to change the world,” he added. “There are two kinds of architects, those who create great buildings and those who look for systems that can improve the world around them.”

Jefferson and Palladio belong in the latter category.